A few days before Halloween, I started this blog survey on rainCHECK asking readers to share their true-to-life scary ghost stories or paranormal encounters and got some wonderful responses from a couple of peeps.  I enjoyed reading all their experiences.

I was suppose to do an article about scary places in Metro Manila last Month however I caught a viral infection, got really sick and ugly two weeks before my favorite time of the year and that's the main reason behind that odd but timely survey.  It's like a plan B writing project for a failed plan A.

"13 years ago.. we bought a house and had it renovated..  my husband and I decided to sleep there before actually moving-in and it turned out to be okay...  but at around 2am, I woke up and saw my husband still sleeping and suddenly I saw a black shadow of a woman rising from my husband's body and staring at me." - Belinda 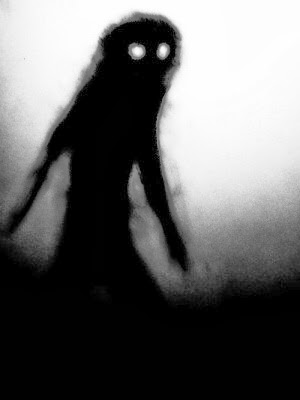 "We had this one specific room that is just scary.  I used to like to sleep after school and the sofa bed was in that room.  I was fast asleep and when I woke up, I saw all these black rocks around me and I couldn’t get up… it was as if someone was pinning me down.  We also have a Sto. Nino in that room.  It would always have its scepter down on its feet even if we leave it in its hands at night.  Because there was a saying that the Sto. Nino roams at night, my Tita decided to tape its feet just to see what happens.  We left the door open.  When my Tita went to see what had happened, the door was closed and locked.  We had to break the door down.  When we got inside, the tape was cut and the scepter was down on its feet again.  At that point, we all just started praying." - Matt 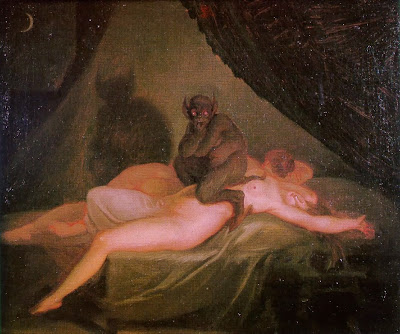 "I happen to see a black dwarf under my sister-in-law’s hospital bed in Makati Medical Center room 714 last April 14, 2011 past midnight.  I awaken from sleep, sensed something and I felt the urge to look at my feet.  I was sleeping on the hospital room’s floor side-by-side the patients bed.  The dwarf smiled at me and then slowly vanished into a thick black smoke." - Millet 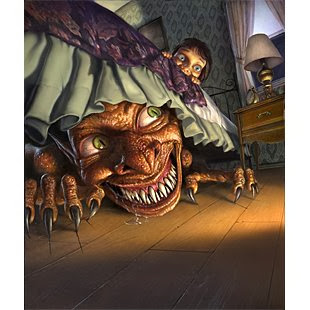 Ghost in the Elevator

"I was on duty in a hospital here in the city one night. I was waiting for the elevator door to open. I thought I was alone at that time.  When the elevator doors opened, a male employee in white uniform suddenly overtook me and went inside. When I was about to follow in, the doors suddenly closed. Then right away, the doors opened again, so I thought the guy inside must have pressed the button to open the doors. When I looked in, the elevator was empty! I did not ride that elevator anymore that night, and for so many following duties after that night." - Fred 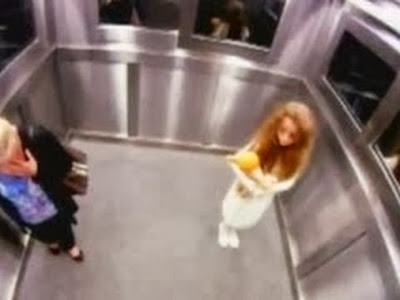 I also have some paranormal experiences of my own before, but sad-to-say I was too young to remember anything about it.  Some 'experts' say I must've unconsciously blocked the experiences from my mind.  I only heard stories from my parents and relatives, that I used to see 'things' when I was very little.  And they actually believe that I was really seeing those 'things' for real and not making up stories.  However, whatever it was that I saw before.. I don't see them now.

The closest to a paranormal experience that I've had was in March 21, 1994.

I was co-directing a stage musical production for our church group's Lenten presentation and we are already doing our technical rehearsals that time.  We were supposed to hold the stage musical at the Philippine School for the Deaf located at F.B Harrison Street in Pasay City.  It was a very old school with a lot of old vegetation.  I remember the place having a couple of huge paintings of people hanged on the walls of its corridors. 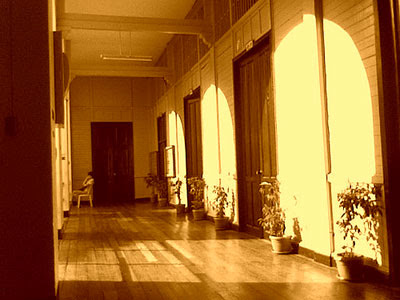 Together with two others from production (Argie and Gigi), we went to the venue late in the afternoon to follow up our request to hold our technical rehearsal there. After securing the permit we went to call the others.  We started our rehearsals at 7pm.

During the rehearsal and at around 8:15, one of the cast (Rian) rode his bike around the compound while waiting for his part.  After a couple of rounds he fell ill and said that he was cold and the others told me that he's really burning up (feverish).  Rian said that he saw something but couldn't elaborate more because he quickly went into a trance-like state after that.  And then without any warning, another cast (Hazel) suddenly dropped unconscious.  Everyone went hysterical.  Meanwhile, another cast (Ferdie) went to get my attention and said that he noticed something different about the trees around the stage where we were conducting our rehearsal.  These are decades-old huge trees we're talking about.  He said that he saw some shadowy figures on the branches.  I didn't see anything.  I didn't feel anything.

Things are getting out of hand and I was the person in charge that night so I asked Ferdie to come with me outside to ask for help - any help.  Our parish (Saint Raphael) is located just a couple of blocks from the venue and I thought that I could get help outside from people with vehicles to help us transport Rian and Hazel to the parish.  Ferdie quickly got hold of Rian's bike and I rode with him at the back.  It was a BMX with foot pegs on the rear wheel.  While nearing the front gate of the school, something cold ran through my chest and I was knocked off the bike presumably unconscious.  The next thing I know, I was being assisted (carried) outside the school along with some other unconscious members.  We were brought to the parish where priests tried to cast off the 'thing' that has overcome us that night.  Five (5) more members fell ill after me. 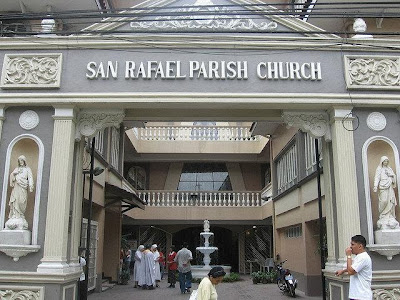 Up until now, I still don't know what had happened to us.  Was that a real paranormal experience?  Was it mass hysteria?  It couldn't be.  How could it be?  I was completely calm that night and my head was clear.

The only thing I remember from that experience was that deep coldness that I felt in my chest - It was like something went through me and it wasn't painful but it was an unexplainable sensation.  I didn't even remember passing out or falling from the bike.  Nothing.

So that's the closest I got to a real paranormal experience - and I don't even know what really happened.  That's why I am still searching for that proof.
Posted by Rain at November 06, 2013