My daughter SKY is a Grade 8 student at Paco Catholic School in Manila and today (Tuesday) is their first day of school this week because classes were suspended yesterday for an annual activity of the school personnel.


However, out of the more than 40 students in their section only a handful went to class today - 14 to be exact. In fact, a great majority of the students were absent because of a meningococcemia scare. 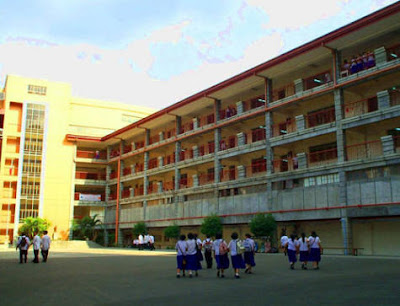 According to reports, a Grade 3 pupil of Paco Catholic School (PCS) died shortly after being brought to the hospital last Saturday due to right leg pain.

Meanwhile, a doctor working in the hospital where the student was admitted warned a relative who has a child studying in PCS that the cause of death was meningococcemia and advised them not to send their child to PCS for a week. This quickly spread like wild fire and created a scare all over the school.

The school got confirmation on Sunday night that the cause of death was indeed meningococcemia and Department of Health representatives have assessed the situation on ground immediately the following day. The school administration in a text message sent to their students' parents advised them to remain calm and that the situation has already been addressed.

But a number of fake news also circulated in various social media channels saying that other students have also been infected which naturally escalated the issue and increased the tension between the parents and the school's administration who earlier announced that they are not cancelling classes and that it is already safe for them to send their children back to school on Tuesday (that's today).

N. Meningitidis can live harmlessly in your upper respiratory tract. Simply being exposed to this germ is not enough to cause this disease. Many carry these bacteria, but not all of these people become sick.

An infected person can spread these bacteria through coughing and sneezing.

Must be treated immediately to avoid complications and bleeding disorders. Patients are given antibiotic intravenously to help fight the infection.


So the school didn't suspend the class today but they also arranged a meeting between the members of the PCS Parent Coordinating Body and Dr. Eduardo J. Serrano to explain the situation and answer all their questions.

I gathered that the meeting went well. The main focus of the school right now is to clear all the classmates of the poor child who died of meningococcemia by giving them prophylaxis.

Now if you ask me why I still allowed Sky to go to school even if there's a meningococcemia scare happening, here's my answer:

However, we did ask her to take all the necessary precautions. Mask, alcohol and packed lunch just like what the school recommended.