The eye of the typhoon didn't really passed through Metro Manila but nevertheless its brute strength was felt by Manila residents early Wednesday morning. The howling wind terrorized trees and houses followed by heavy rains. 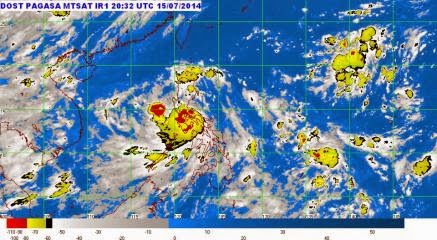 Our residential unit has a faulty south-side window and when the rain started coming from that area, we had to barricade all seams and cracks with lots and lots of used clothing and rugs to prevent water from coming in. We did that for almost an hour until the rain stopped.

Electricity was down since Wednesday early morning til 9 in the evening.

According to news reports, about 20 people are confirmed dead (Cavite, Laguna, Batangas, Rizal and Quezon) after Glenda and millions of people affected by the devastating winds and brownouts. On the positive side, almost all regions were prepared for the onslaught of Glenda. I heard also that Bicol region (where Glenda made landfall) has zero casualty. And that's great news!

Everything's back to normal in the city of Manila, however, the devastation brought by Typhoon Glenda was very much visible outside. Typhoon Glenda slaughtered mostly trees. 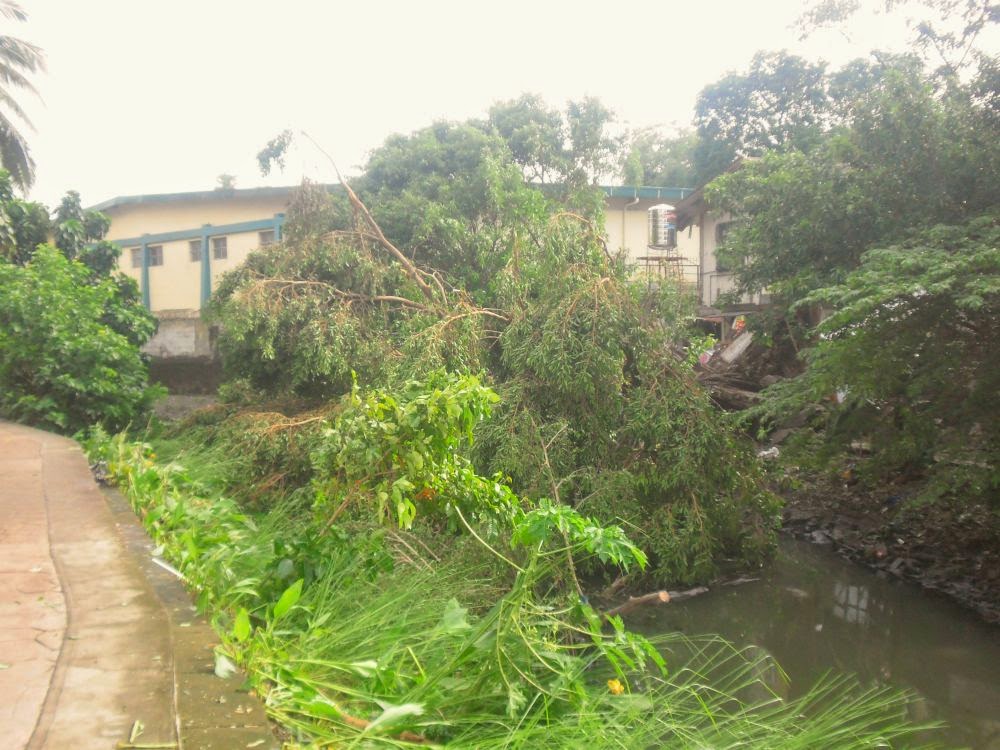 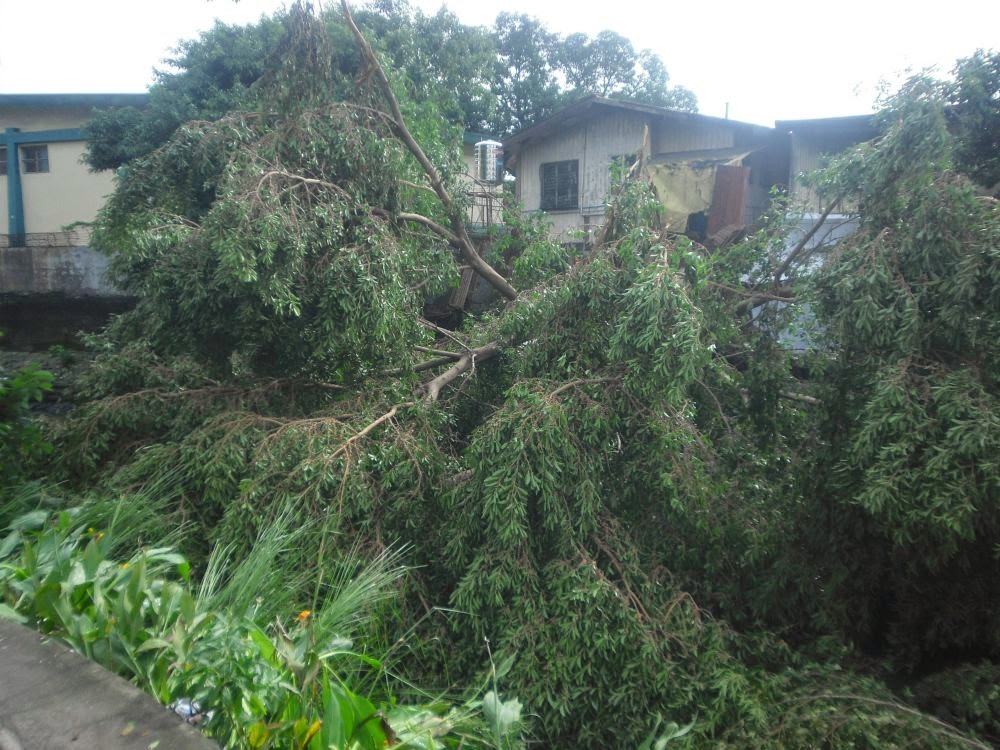 This big tree at Estero De Paco has been around for a very long time but it seems that it is no match to the awesome strength of Typhoon Glenda. You'll see similar incidence everywhere. 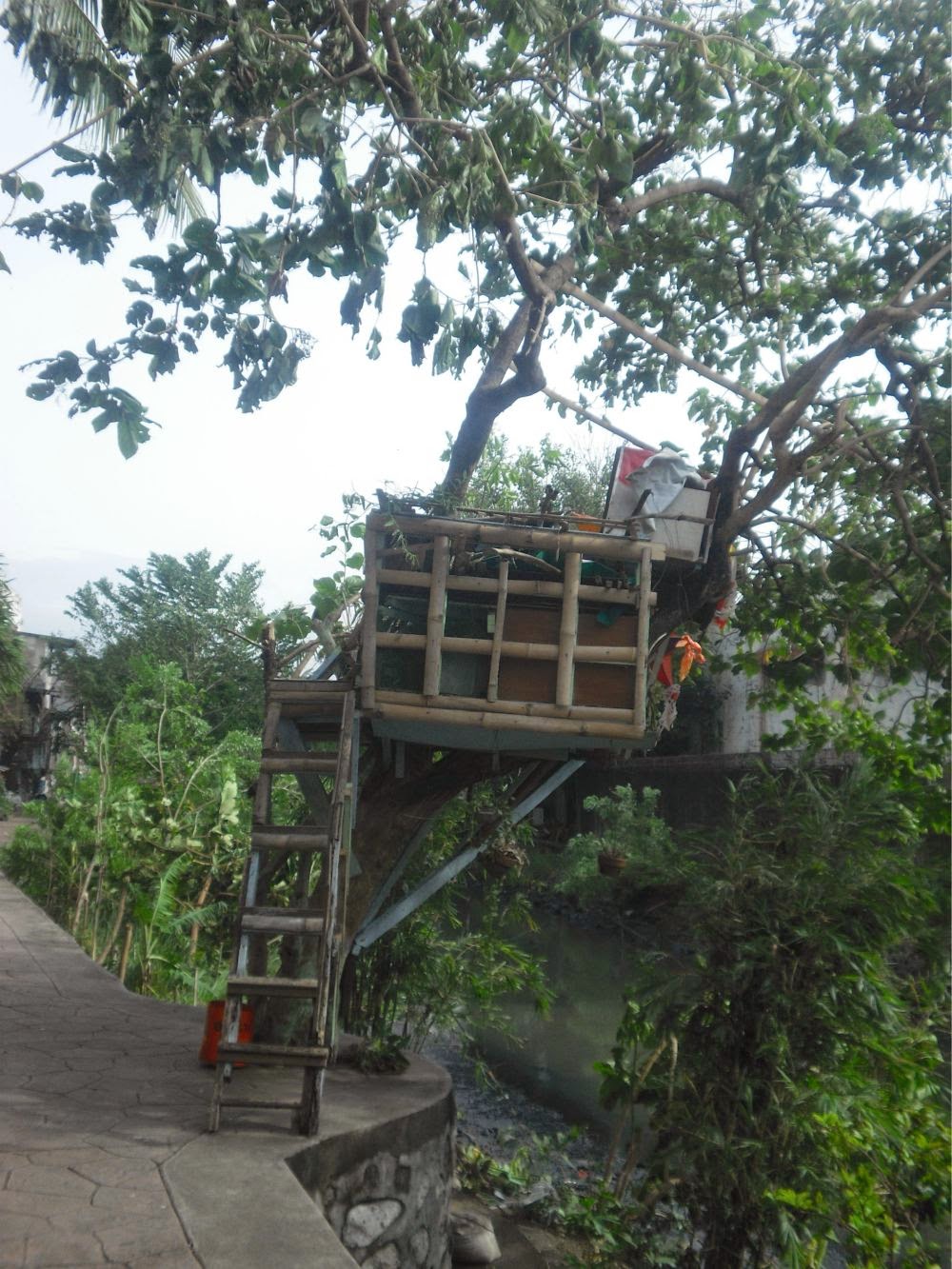 This used to be a tree house, now it's just half-a-treehouse. The upper part was completely destroyed.
Moments