Just recently, my daughter Kirsten Sky was asked by her CAE teacher in school to write a letter to the President of the Philippines as a seat work.

All the students were asked to write their personal letter to PNOY (President Benigno 'Noynoy' Aquino III).  I remember doing that as well when I was in grade school but I already forgot the content of my letter and also the mark that I got for that particular activity.  The President then was Ferdinand Marcos.

Anyway, her letter to PNOY was simple, honest and true.  I am so proud of my kid because as young as she is (she's only ten) - she already has a clear understanding of the true meaning of justice, fairness, poverty, charity, power and responsibility. 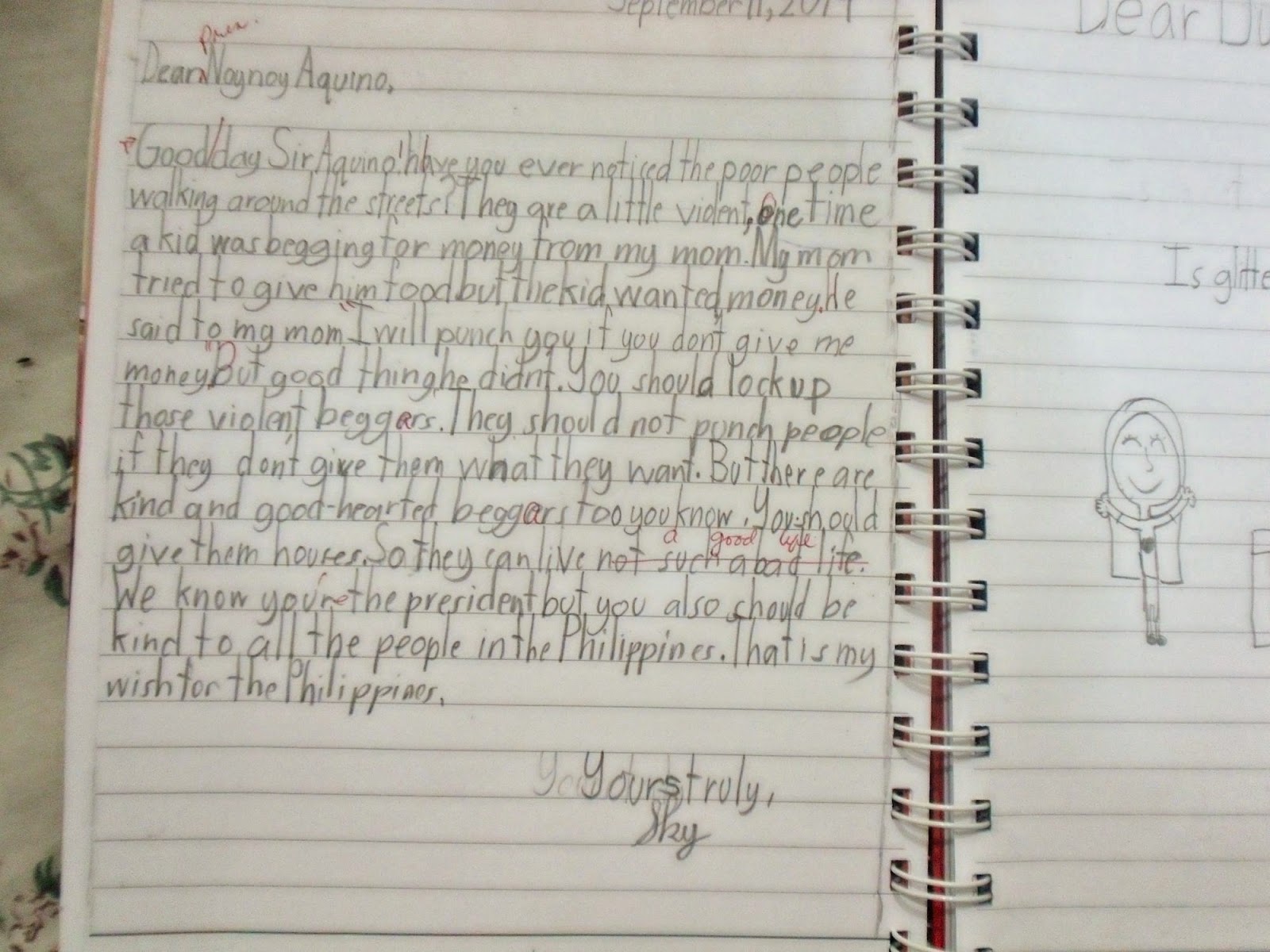 She started her letter to PNOY with the line "Have YOU ever noticed..." and ends it with, "We know you're the president but YOU also should be kind to all the people in the Philippines."

Sharing with you her letter below, the words in parenthesis were the correction made/added by Sky's teacher on the letter.

Good day Sir Aquino!  Have you ever noticed the poor people walking around the streets?  They are a little violent.  One time a kid was begging for money from my mom, my mom tried to give him food but the kid wanted money.  He said to my mom "I will punch you if you don't give me money!" But good  thing he didn't.  You should lock up those violent beggars.  They should not punch people if they don't give them what they want.  But there are kind and good-hearted beggars too you know.  You should give them houses.  So they can live not such a bad life. (a good life.)  We know you're the president but you also should be kind to all the people in the Philippines.  That is my wish for the Philippines.

With everything that's happening right now in the world and in our country, we could all use a lot of ten year-olds writing their letters to our leaders to remind them of their sworn duty to serve the people and not only their personal interests and ambitions.