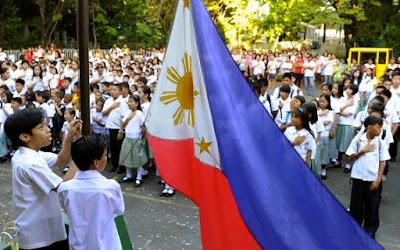 DEPED in previous interviews have assured the public that schools are ready for the new school year with new classrooms and facilities, adequate number of textbooks and a ratio of 35-45 students per classroom in all public schools.

DepED Secretary Bro. Armin Luistro said that about 24M students (13M elementary, 11M highschool) are expected but has assured the public of adequate facilities and teachers for the coming school year.

Contrary to these statements, current reports reflected that in major public schools particularly here in Metro Manila, the student-classroom ratio according to school officials are at 50-60 is to one.  Two classes are still being combined due to some classroom shortage.

That is actually understandable and at a certain extent an acceptable reality for a third world country or developing country, but what is unacceptable is the habit of these government officials to make assuring statements and promises the they are unable to back up.

This is becoming a nasty habit for many PNOY government officials, to make bold promises and to say something that are far from the current situation and then blame it on something or someone else when it blows up.

In can be remembered that LTFRB in a lot of instances have announced that they have ample plates for vehicles, and now we know that these are not so.  And then blame the shortage on car dealers.

Not to mention, that these government has been playing the blame-game since first day of the PNOY term.  That argument maybe valid for the first two years but 5-6 years - now that's just an excuse.

Maybe because PNOY has made this a promise in his previous SONAs, and reporting that they came in short would further plummet the approval rating of the incumbent President.

There's actually a word for this habit - INCOMPETENCE!

The Alliance of Concerned Teachers (ACT) as well as other militant groups are holding several protests today against the K-12 program.  Simply because of these reason.

PNOY is saying that schools are ready for the full implementation of the K-12 program but these teachers are saying that they are not!

TDC (Teacher's Dignity Coalition) Chair Benjo Basas said that adding two more school year just to keep up with world standards does not necessarily translate to increase competencies for all graduating Filipinos.  They also said that they are not totally against with the K-12 program but what they're saying is that the government is unprepared for its full implementation.

I agree. Prioritize these needs first.  K-12 will provide more problems than solutions if these problems are not addressed first. Private Schools are increasing fees this year and a lot of families have transferred their kids to Public Schools according to reports.

On the plus side, DepED Asst. Secretary Jess Mateo said that they have already hired around 100K new teachers in the span of three years to make sure quality education for our young students.  Not unless, this is just another 'pampa-pogi' PRESS RELEASE for the PNOY government.
Posted by Rain at June 01, 2015