October 05, 2015
If you only have ten thousand pesos in your bank account right now, what would you do with that money?

Where would you invest it?

What would you do with it to make it grow?

This question is not hypothetical. You may answer.

10,000 pesos is really not much these days but it is still an amount that is very hard to raise for the majority of Filipinos. And having an extra 10,000 in your bank account is really a big deal. Well, it was an even bigger deal some 10 or 20 years ago but we beggars don't have the privilege to be choosers. :)
It's hard to earn money but what's even harder is making that hard-earned money stay and grow.

I know someone, a good friend of mine, who won a million pesos in a noon time game show a few years back. After about a year, he was more broke than he was before winning that 1 million jackpot prize.

Of course, there were a number of reasons why that happened. He gave some of the money to family and relatives. He helped a lot of friends. He's very friendly, but after winning that jackpot, his friends became more friendlier. He invested some to land titles and investment groups and he got swindled. A lot of people borrowed money from him without giving the money back. He was able to put up a small store but sadly because of poor management it closed down.

But the main reason was, he was totally unprepared. 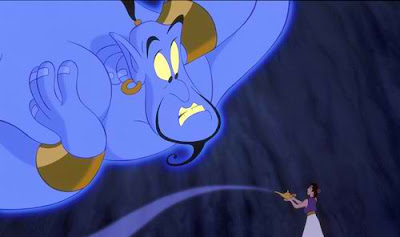 Ever wondered why Aladdin got only 3 wishes from the Genie in the magic lamp?

This was the Genie's way of helping Aladdin to decide not with his emotion and to think things through and carefully before making his decisions.

With that condition, he was able to weigh his options, to think of the consequences of whatever decisions he will make, and to prioritize the things that matters most.

Sad to say, my friend got the 1 million - Genie not included!

So if you only have 10,000 worth of savings right now, what would you do with that money?
Thoughts