Is Your Glass Half Empty or Full?

The pessimist, or the realist!

The world around us - and forgive me for saying - is as half-empty as the glass of water we're talking about. In my experience, the reality of things is not as wonderful as one would wish it to be.

Admit it or not, majority of the people around us are scared to bring out their mobile phones in public to make a call because of FEAR that it would get stolen.

Majority, would pick a career they don't even like over a lifelong dream because of security, money and stability.

Majority... are pessimistic, or to soften the blow... realistic.

The optimists, or the idealist.

A small minority of risk-takers and counter-culture people. They either end up making a mark in this world because of their principled endeavors or die and carry with them their dreams, their hopes, aspirations and the knowledge of the fact that reality bites... and it bites hard.

These minority believed in the goodness of people and in change and are directly motivated by it. They see or rather imagine things which are contrary to known beliefs and realities. They expect more from the world and sometimes more than what the world can offer at the present reality - this is their strength and this is also their weakness.

I once belong to this group... and to a certain degree, I still do. 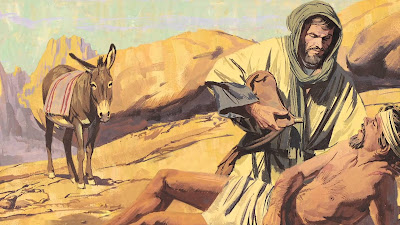 They are both realistic and idealistic in nature. They see a glass half-empty and find someone who needs it more.

They work on 'Abundance Mentality' - which is far more greater than being just an optimist. They believe and hope for the best and knowing this, they also see the reality of the world and that more than anything else - HOPE is the one thing that needs to be shared.

They don't dwell on the reality of things and do nothing.

They don't only believe that goodness and change will come instead they make it happen not only for what they think is right for them but for all the people around them.

They believe that the world has a lot to offer, so much that one person cannot contain it and that it needs to be shared.

Such person knows the meaning of contentment.

Such person knows the value of other peoples lives.

Such person is not motivated by fame and rewards for their actions.

But... sad to say, such a person rarely exist in our present reality. Most of these people stay invisible to the public's eyes because they are not known to advertise their achievements like government officials, celebrities, rich people who conducts public service activities with press releases and the TV networks.

Yes, they are invisible and rarely noticed, but to the people they have shared their lives with they remain eternal.

Because actually, most would rather see a glass with water and then ask for more even if it's already full.
Thoughts