ON FRUITCAKES AND DOUBLE EDGE SWORDS 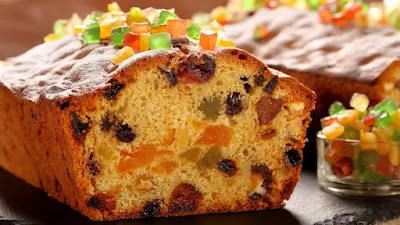 Fruitcakes and Double Edge Swords
A reverse edge sword like the one that Kenji Himura uses from the hit anime Rurouni Kenshin (Samurai X) is what I am craving for right now.

It's not what you think - I am not about to commit a Hara kiri or Seppuku.

I am of course speaking metaphorically.

A reverse edge sword may seem useless or meaningless but at least you know its downright worth.

However, most of the things that we receive in life are double edge swords.

Blessings and misfortunes are one and the same, it is how you take it that makes all the difference. - this is a lesson in life that I always had trouble learning. I have been going to this class all my life and still haven't mastered it yet.

I am so engulfed with the notion that you can put order in everything and everything has its own place - That time is a tangible asset - but order is but an illusion for life is born out of chaos and time is but an essence of reality, uncontrolled and unpredictable.

We don't own the universe and we can't tell if the pieces will fall perfectly as you imagined it to be.

I have a dear friend who got everything that he wished for. Money, fame, a great job, honor and his very own family. But his mother died before he could give her everything, a year later his brother and year after that his father. I can see the torment in his eyes when he speaks about this - but he was greatly blessed nevertheless.

A family member who was a top executive in one of the top 100 corporations here in the Philippines receiving top salary that let's her enjoy a great amount of financial security is now diagnosed with Cancer.

I know a lot people who after being laid off and losing their jobs went on to make personal ventures and took on other profession and became even more successful and financially stable.

"Blessings and misfortunes are one and the same."

Both contain branches of uncertainties.

I believe, the person who recently won the 700Million grand lotto pot will see my point of view quite clearly - the anxiety, the fear, the overwhelming joy, the confusion, the responsibility attached to all that blessing - but of course I will welcome that difficulty anytime. :)

Most of the time, each blessing presents itself with its own misfortunes and vice-versa.

It is in my nature to be overly critical about things and sometimes skeptical about everything that is happening, good or bad. I am aware of this and I wish life would be simpler for me but it's just the way it is.

This litany of personal sorrow is brought to you by a never-ending and escalating life challenges that is getting me all worn out. It's like those presents you received that when you open the wrappings and the box, what you'll see is another gift wrapped box that contains another gift wrapped box, and another, and another one. The box gets smaller and smaller until it's too small to contain something significant.

Why can't it be as simple as just a gift wrapped box with a gift in it?

I really miss my family right now. I miss my two kids.