SOME TIPS WHEN COMMUTING IN METRO MANILA 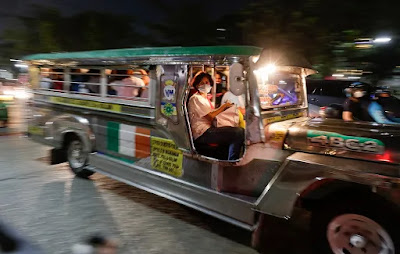 Urban Trekking is one of my greatest pleasure.
I enjoy a good walk around any place as long as the weather permits it. I'd rather walk than wait inside a jeep or taxi specially when the traffic is moving slow. I take pleasure in looking at every buildings, houses, corners and the people roaming around each and everyday.
The only thing that tops this is trekking in the country side - which is far more exciting since I don't get to see it very often and the environment is much more conducive for such an activity.

Aside from the fun of just plain walking and its health and cost benefits, I also get spared from the troubles and stresses brought by commuting with or without a car.

Having your own vehicle means daily gasoline expenses, weekly and monthly maintenance costs and of course parking and traffic jams.

Using public utility vehicles is even worse. Although it is more cost efficient, there are a lot of hassles in using one and if you're not prepared for the culture of commuting in Metro Manila then I advise you to just stay at home or use a bicycle instead.

Anyway, here are some things that I always remind myself when commuting via public utility vehicles here in Metro Manila:
I have mentioned all of this because one time when I was riding a jeepney, the driver was all theatrical and complaining (which reminded me of Carlos Celdran) about passengers not having small change and that it was still early. But I can tell that he was just acting it all out just to pull up a scam, and I was right. Because majority of those who didn't have the exact fare when they paid were not able to get their change because the driver would let out an angry excuse that he already gave them their change. So, the passengers avoiding an early morning stressful confrontation just silenced themselves and let the driver make a litany of how they should've brought the exact fare in the first place.
I asked a college student who was seated beside me if she already got her change from the 10 pesos she gave the driver. I said that if she wants i'll remind the driver. She said "No, it's okay.. it's just 4 pesos. Thanks." Feeling that she didn't want to get embarrassed because the driver is being irrational, I respected her wishes.
Many injustices happen because we let them happen. So if you are not ready to defend your right as a commuter, a passenger or a consumer... then make the effort to not leave any room for anyone to fool you or take advantage of you.
Thoughts