Buying Expensive Branded Mobile Smartphones Are Bad For Your Health

It is a given reality that most people would still choose the expensive and big international mobile phone brands over the lesser known local brands that offers higher phone features and better specs and packages at a price that is more affordable.

The acceptable reason is perhaps because known brands like industry leaders Apple and Samsung offers an assurance of quality that is tied to their names. In all fairness, these brands have worked really hard for many years to get to the status that they are now in and has made it a point to have 'innovation' as an all-day breakfast thing. Their research and engineering excellence has shaped the way we use our mobile phones today.

Another reason is that consumers sees a mobile phone as more than just a tool for communication but also as a style extension and a status symbol. Well, that will depend on the kind of people you have in your circles. I personally don't judge people with the kind of phone or phones that they have on their bags and pockets. And in which case, Henry Sy is still going to make more money sleeping than you working your ass off the whole year, and I can bet you that he don't even care what kind of phone he's using right now (if he is using one).

There's no question about the guaranteed quality of expensive branded mobile phones and devices. But these does not mean that lesser known brands are bad. In fact, some of them are even better, offering the same specs for a price that are sometimes 50% more cheaper.

And these makes me wonder. 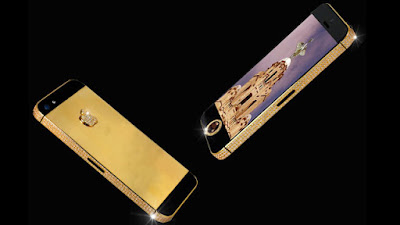 We have to remember that before the dawn of the iPhone and the Galaxy series, pioneering brands like Nokia, Motorolla, Sony Ericsson and Blackberry have ruled the world of mobile phones for many years.

Branded phones indeed have some advantages but it does have its disadvantages. Here are some of my personal observations:


Here in the Philippines, the biggest advantage that I see in choosing a lesser known brand of smartphone is because it keeps you at the peak of health.

Anyway, those are just some of the disadvantages. I am not telling you to stop buying high-priced branded smartphones - it is your prerogative. But what I am saying is that it is also okay to have a lesser known brand as your phone. Just make sure that the quality is great!

Patronizing local phone brands in the long run might also be a good thing for us consumers, if they get a substantial local market share they'll be able to expand and come out with more quality smartphones at affordable prices and in turn puts pressure on its more expensive international competitors to come out with units that have the same specs at a much lower price range.

In the end, quality and affordability is what it boils down to. It's a WIN-WIN solution.

Disclaimer: This is not a paid post and I am not connected with any mobile phone company.
Posted by Rain at July 03, 2015