How To Be a MONSTER

September 12, 2009
I have recently watched this full length animation called Monsters Vs. Aliens by Dreamworks.
It’s about this human girl Susan. Who, after being hit by a huge asteroid grew in strength and size.

Captured by the government and then put in a cell together with four other odd looking monsters: Dr. Cockroach (experimented on himself to be able to possess a cockroach’s survival ability but of course having the side effect of looking like one), BOB (a gelatinous mass of goo that eats about anything), Link (half man-half fish) and Insectosaurus (A giant caterpillar-type insect that metamorphosed into a giant butterfly before the end of the film).

Their fate would change after an alien came to earth with his probe robots to retrieve and extract the energy that Susan absorbed from the asteroid.

Susan gets to appreciate her new self and her monster friends.

Here are some of the things I’ve picked up from the story:

People feared monsters so they isolate them. We do that. We fear what we don’t understand. We dispose of things that are out of the ordinary.

Those who possess great talents don’t usually use it. Because they fear it, that is why we have frustrated artists and engineers, scientists and many more others hiding and denying themselves the opportunity to achieve greatness with these talents and skills.

Most people are afraid to be different, to be unique or to go against the flow.

What does it take to be a monster?

BE BIG! You must be enormously “BIG.”

Think BIG. Do things BIG. Give everything and anything your 100%. Make the ordinary extra-ordinary. Remember P.T. Barnum and his Circus?

BE MAD! You must be “MAD” enough or possess an eccentric personality to do the unimaginable and unconventional.

Every great idea emanates from something that is totally unthinkable. Every slice of truth that we know right now comes from unbelievable theories from people that are anything but credible.

Who would have thought that putting water in a bottle would turn out to be a multi-million industry right now? 20 years ago – this was just a silly joke.

BE FEARSOME! You must be “INTIMIDATING” and strike fear in everyone’s heart.

Fear is one of the most powerful emotions.

Fear drives people to new heights and every possibilities.

Fear drives us and motivates us. 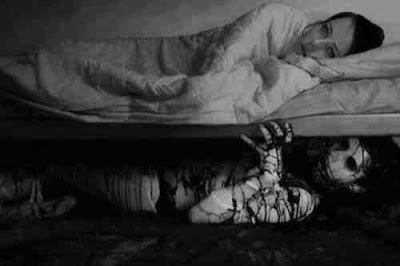 Being a monster is about motivating people to achieve their own goals and in the process you achieve yours. Reminding them of their fears and indirectly inspiring them to be producers and innovators. Intimidating them in whatever way possible so that they strive and grind and do more than what they would usually do.

This is why parents are usually seen by their kids as MONSTERS.

This is why Leading Corporations are seen by their lesser competitors as MONSTERS.

This is also how nations came to be. We were governed and moved by different kinds of MONSTERS.
Thoughts