I am an on-and-off fan of the PCSO Lottery Game since it started. An occasional gambler so-to-speak.

I have not bought a ticket in months and then suddenly last Thursday I was drawn to the booth once again to try my luck on the growing pot - which was at 190 Million Pesos already at that time.

I have lost faith in lottery. Probably because I have never had the chance of winning an amount bigger than the usual 20 or 40 Pesos consolation prizes. 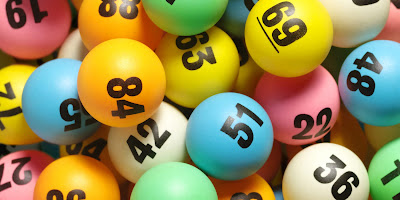 Lately, I’ve noticed that even if the pot was extremely high – the lines in various Lotto outlets are shorter.

Maybe, many people have lost faith as well on the government-run game of chance.

This assumption led me to talked to people who used to put in big moolas on lottery tickets but did not made any attempt to buy a single ticket during the last draw period.

They said that it is better to buy tickets for the draws with lesser pot money, the draws are more credible than the big draws where the prize will most likely be given to only one or two winners because the draws are rigged.

Of course there was no way of proving the allegations.

However, I was able to talk to some people who knew someone that actually won the lottery – so they believe that the draws are legit.

I have also talked to people waiting in line to buy lottery tickets.

Some of them said that they go for it because of the element of CHANCE even when they know that their chances of winning is almost near-impossible.

Can you imagine the number of combinations generated for the 6/42 game alone?

5,245,786 combinations! You actually get better chances of being hit by a lightning twice.

Some said they buy tickets but not as many as before because the times are hard and that they also know that there is a big possibility that the draws might be rigged.

I said, if you know this… then why take a chance?

Whatever the case may be, all I know is that those people in the lotto booth line are people who have put a variable amount of hope and faith that lottery will change their lives - for the better.

Armed with hope on a piece of paper which to most people who join the lottery, is the most priceless item in their lives - until after the draw is done.

MINE, right now, is just another piece of small trash in our waste basket.
Thoughts