MY TWO-CENTS FOR THE RAINY SEASON 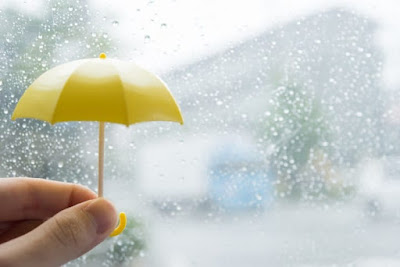 I'd like to start by commending the good effort our Philippine Atmospheric, Geophysical and Astronomical Services Administration has done so far in weather forecasting given the limited technology that they have right now.
I have the CLOUDS gadget on my iGoogle, which shows a satellite view of cloud activity in real time and PAGASA have been right so far with their predictions. :) I wonder if they've been using the same technology hehehe.

Anyway, I posted a wall post on my FB just the other day which says:

"According to PAGASA, we have 2 Low pressure areas , one near Palawan the other in Mindanao - rainy season folks (bring your rain gears)"

A friend of mine commented on that post with this:

"We have the worst city engineers (they all lack vision - lagi budget budget budget ang dinadahilan) / We have the worst scientific research and development plan - We have a sleeping government right now (I don't care if they are clean and corruption free - they are still useless) kahit moral support wala ka makuha. LACK OF VISION will be our downfall. Let's all try to wake up our sleeping government. Hindi natin kailangan ng mga taga-walis ang kailangan natin ay tunay na lider hindi metro-aid (street sweeper)."

I've shared this conversation to point out that, ordinary people (meaning: everyone of us), can see the problem clearly- it's so very clear that you can already see it reflecting on the forehead of our beloved leader but it seems that for some reason, nothing is being done to address this.

I have heard his recent speech and I can sum it up with just a few words:

"Gloria's government was a 'bullshit' (pardon the language) government and I don't know what the 'hell' (pardon again) I am going to do next."

Malaysia was able to build SMART (Stormwater Management and Road Tunnel) in the city of Kuala Lumpur. The longest storm water tunnel in south east asia which aims to solve flash floods in the city and solve traffic congestion as well.

Malaysia saw the problem clearly. They saw the cost of the project and the difficulties but that didn't stop them because they saw the positive implications of this project to the city and its people and the economy. They devised a plan and they built it.

I hope to God, that the PNOY government will be inspired with stories like the SMART tunnel of Kuala Lumpur so we can get this country moving to the direction of greatness.

To hell with bills like the RH bill or the divorce bill that our law makers are wasting precious tax payers money for countless debates and meetings. Keep your priorities straight people, those bill wont put food on the table of the general public. Those bills wont improve the quality of life of the greater majority. Those bills just serve the selfish agenda of a minority of people and the international community.

Focus on the real problem of our nation and present to us, the people of your land, a concrete plan that we all could participate in.
Thoughts