TIME IS THE MOST PRECIOUS COMMODITY IN THE UNIVERSE

TIME is the most important commodity that any person could ever have.  It is priceless.  It is also the great equalizer of the world.  With TIME, we are neither rich nor poor for we share the same amount and it only varies on how each of us uses it. 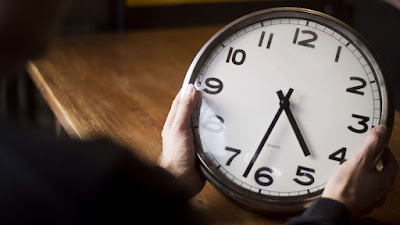 "There once lived a man who was so busy and did not dare to waste a single moment of his important life.  He would be planning the stores he would shop in on his way to town.  Once in the store, he would then plan where he was going to eat after.  While eating, he would look at his watch and choose the schedule of the bus trip to take him home.  He never really paid attention to what he was actually doing.  He was always getting ready for the next event.  Then one day he came to something he had not prepared for, his death.  As he lay dying he was surprised at how empty and meaningless his life was."

That poor man lived all his life worrying about the future that has not yet come and neglected the joys of living in the present.

I shared this story, because I believe that we all have a little piece of that man in all of us. Our responsibilities and troubles sometimes corrupts us of what is of real great value.  Family, friends, loved ones and even our own health.  We all have missed a couple of important events in our lives and the lives of our loved ones because of our busy schedules and the demands of daily living. Once in a lifetime opportunities and experiences that will never ever happen again.

When my father died, I cried.  Not because of his death but because of the many regrets that I've felt.

It was only when he died that I realized that I never really had spent a lot of time with him.  I never once organized a birthday party for him even if I was doing that monthly within the organization that I am involved in - and I am very good at organizing those kinds of events for complete strangers.  I realized that I have taken all the years that we've had together all for granted and have never even really said "I love You" or even a simple "Thank You" to him, not even once have I remember my mouth uttered those words, not even a whisper.

I was born in a poor family where family events were scarce.  My sister and I never even had a birthday that is worth that Kodak moment but I remember my parents always being there.  My mother cooking for us.  My father treating us to his favorite restaurant eating chicken, pancit canton and that awesome soup when he's got some money.  We were always together and I guess that was the most important thing.

But growing up and the daily challenges that it bring pulled me farther away from that reality.  Family priorities were replaced by other things and that made me lose sight of what my parents really mean to me.

When my father died, I wrote a short poem. Writing has always been a sort of a therapy for me.  I write when I'm happy and when in grief.  I'd like to share the poem to all of you.

So long and goodbye.

My heart trembles as I speak.

The words, I’ve rehearsed and polished to the teeth, now unutterable.

So many things might have been different, if only I had the chance to see what’s around the bend.

And now, there’s just so many things inside my head that keeps me facing the road ahead.

Now in silence, we see face to face.

So long and goodbye must’ve been the words that came out at last.

But in my mind, another chance… just a bit longer to say hello again and not goodbye.

That event in my life has made me realized what is important and I am right now trying very hard to make every moment count especially with my wife and two wonderful kids.  I don't want to ever feel that pain in my heart again, that day when my father died.

"The key is not to prioritize what's on your schedule,
but to schedule your priorities"