DO ENJOY THE LITTLE THINGS

Life is much sweeter when you're a kid and here are some of the things those over the age of 20 perhaps would want to bring back into their lives. Simple things that spells out rule number one of being young. 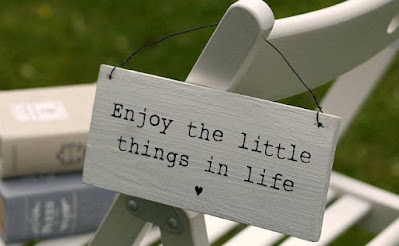 Your bedroom could be anything you want IT to be.

It's the power of imagination that sets kids apart from the adult world. I used to play for countless of hours on my bed with just a couple of pillows, a blanket, a flashlight or whatever junks on it and a whole lot of imagination. I never had a lot of toys when I was a kid, never had a lot of friends either so it's me and my bedroom all the way. I can imagine it to be a battlefield and start making sounds that would irritate my parents to the max. A jungle, and be a dinosaur or something less ferocious - but never a bunny, no... bunnies are for wimps.

Can you imagine a small space in the house turning into something big like the entire universe? When you're young everything is bigger and even small places can be a whole set of new adventures, full of mysteries waiting to be found.

Sadly, when we get older, our bedroom turns into something like just an ordinary bedroom. To rest on. Well of course there are other stuff you can do in your bedroom when you're not a kid anymore that requires some imagination as well, but I will not dwell on that subject.

What I'm trying to point out is, when we get bigger things get smaller. We see things a little too narrow. We tend to believe less in possibilities and dwell on the practicality and logic of things. We see people, things and events as boxes. All with its four corners. We don't see past the images we see at the moment anymore. We don't imagine wonderful consequences nor beautiful transformations.

Battlefields are now real blood and gore. Jungles are now places that have malaria and other diseases. Dinosaurs don't exist anymore and outer space is just so out there.

Kids don't care if these things are real or not. They just know that it is fun. They always have in their minds the question - "WHAT IF?"

We've lost that question a long time ago and if it ever comes across our minds we quickly dismiss it with rational thoughts.

All of the great minds of the past, inventors, entrepreneurs, scientists, artists and revolutionaries were those we often call as eccentric, insane, obsessed lunatics raving about their mad ideas to the world. But, they have changed the way we lived our lives today.

They were the kid at heart. Those who even at their 30's or 50's imagined that their bedrooms could be surrounded by light (Thomas Edison), fly (Leonardo da Vinci), or move from place to place without pedal or a horse pulling it (Karl Benz).

If they can do it, maybe we can also. How? Here are some things I've picked up from that bedroom experience.
Believe. In yourself. In others. In possibilities.
Big things can happen in small spaces. It's not the size of your resources that matters but on how big you can dream.
Write your own story and make it happen. The scene, the characters and the plot? It's all up to you. You call the shots because it is your own. If you fail or succeed, it happened because you have written it that way. Take responsibility and ownership of your life.
[Written on June 9, 2010]
Posted by Rain at June 09, 2010