The Out of the Ordinary Juan 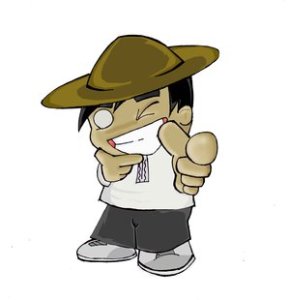 There are people that you meet in ordinary places and circumstances that seems to make your life a bit easier, more livable and more enjoyable – these people comes in different shapes and sizes but they are a bit extraordinary.
For example, this morning, there was this person who rode on the same Jeepney that Sky and I took going to her school.

He took the seat up front near the driver and was carrying two sling bags. We were seated at the opposite side and right in the middle of the bench.

He was about to pay for his fare when all of a sudden the passengers on his side of the car and almost all at the same time brought out their money to pay for their fares too. This person then reach out for the fares of all the other passengers one by one and with a smile each time. Not a single soul said ‘thank you’ – what would you expect, this is the City of Manila – but he just smiled anyway. When at last every single fare and change was delivered, he took out his money and pay the driver his own fare.

The last of the new batch was a middle-aged woman carrying a small bag and she was trying to get a seat in the middle but the Jeepney was already full so she has no other choice but to get the seat up front nearest to the driver, the same place where the kind man was seated earlier.

She took out her cellfone and texted away. Then, the passengers from the back and almost all at the same time brought out their money to pay for their fares. There were people trying to pass the fares to her because she was nearer the driver’s seat but the woman just texted and texted not minding the other passengers.

The person next to her was forced to make long stretches just to bring the fares to the driver’s hand.

One by one the passengers went down and seeing that her side of the bench was already free the woman moved to the back. The only one left in the Jeepney was her, me and sky.

After seeing that her fare was safely delivered she then went back to texting again.

Realizing the irony of this trip, I suddenly missed the person who was kind enough to reach for the passengers fare earlier and began to wonder why everyone can’t be like that.

Maybe this small realization could become a guide for us in selecting the people that we want in our lives - whether a friend, a lover or even our next President.

We should select people that makes life easier.  People who are kind. People who goes out of their way to reach out and help and people you’ll miss when they’re not around.

Leaders, servants or just the plain out of the ordinary JUAN.
Posted by Rain at December 04, 2009 No comments: