SECTION 52. Driving or Parking on Sidewalk. – No person shall drive or park a motor vehicle upon or along any sidewalk, path or alley not intended for vehicular traffic or parking.

A Wise Man or a King | Who Would You Rather Be?

There's no way knowing if the Gentiles (non-Jewish people) who searched and found Jesus mentioned in the Gospel of Matthew's Epiphany story were indeed kings or if they were really only three.

Like what the priest said during the homily last Sunday at St. Mary Goretti Parish, three kings together leaving their palaces to follow a star on a foreign land without any entourage or body guards? Highly, unlikely.

So that's it for the song "We Three Kings."

But what's sure is that Matthew Chapter 2 Verse 1 to 12 (Mt 2: 1-12) is filled with a lot of important symbolism that shows more meaning to our own salvation story and it starts with the manifestation of Jesus Christ to the Magi from the east.

It tells us that Jesus' message of hope about God's salvation is for all - not just for the Jewish people at that time (or any other religious sect) and Christians, but it is given to everyone.

The word magi also refers to the wise. Not kings, but wise people are the ones who searched for the Christ Jesus. And to stress on that enlightening new perspective, our mass celebrant also gave us a couple of pointers on how to practically apply the true message of Epiphany in our lives.

Here are some bullet points that I took note of:

Sit among the wise and you go home a little wiser.

You always learn from wise people, whether by just observing them or listening intently to what they have to say. People pay good money to attend seminars given by seasoned motivational speakers and people who are known to have excel in certain expertise - with the hope to bring home some fresh new knowledge or even a renewed sense of purpose.

Wise men can be kings but not all kings can be wise.

Not all kings are wise! Some are just influential, charismatic, has a good social media manager and a lot of political networks. So, if you're going to choose between kings or wise people, I suggest you go for the wise.

People are the ones who make kings in this world - that position of power is oftentimes elected, appointed or bought. It's not permanent.

Now wise people? Only God can make people wise! And that is a gift you take with you till the end of your days.

Wise people are not afraid to swallow their pride.

Wise people are always willing to learn. They always maintain their glasses only half full and open - they are not only great but they are also good!

In an age where you get everything at a touch of a button. Teach your children to work and show them the value of hard work, perseverance, patience, understanding and learning.


The priest asked the young people in the church if they know how to cook rice. A couple of the older kids raised their hands. Then he asked how many of those who raised their hands can cook rice without using a rice cooker. Only two of the older kids was confident enough to raise their hands and they were able to elaborate the procedures of cooking the rice without the aid of a rice cooker - where usually we just add water on the rice and let it basically boil and simmer until it's cooked. And then the priest asked the two, did you know that you can also allow the water to boil first before adding the rice? The two kids didn't know. Actually, most of the adults in the church didn't know either. And the priest explained, letting the water boil first especially when you're cooking 1 to 3 kilos of rice on a big pot is customary so that the rice will cook evenly. And so those who attended the mass service came home a little bit wiser.

Wise kids will make a better world for the future, not kings!

Five Things All Christians Must Know About the Epiphany Story

Catholics all over the world celebrated the FEAST OF THE EPIPHANY last Sunday.

And what this celebration teaches me today is that although I have been an active member of Church organizations since after graduating from elementary school, is that there are a lot of things about the Catholic faith that I still don't know about.

For instance, EPIPHANY. I know about the Feast only as the "Three Kings Day" but... there's actually more to it than what we have learned from the carol songs.

Here are 5 things about the Feast of the Epiphany that all Christians must know about:


The greater message of the Feast of the Epiphany can be summed up in two things.

That Christ's message of salvation is open to everyone and that we must follow the examples of the Magi (the wise) - to seek for him with perseverance (through the guiding light of the Church) and upon meeting Jesus, we must all change our ways and cherish our new life with him to the end of our lives.

"And having been warned in a dream not to go back to Herod, they returned to their country by another route." - Matthew 2: 12

Email ThisBlogThis!Share to TwitterShare to FacebookShare to Pinterest
Labels: epiphany

Saying GOODBYE and THANK YOU to 2016 and welcoming the new year with more FAITH, HOPE and LOVE!

Like what the priest said during last Sunday's homily,


"We wish each other a Happy New Year because however unfortunate or troublesome the past year was, the first day of the new year is always a symbol of hope and also a gift of another chance from our creator. To right the wrongs, to make amends and to work on being a better person in the years to come."

And that's more than enough reason for us to celebrate the new year and to wish everyone a happy 2017! 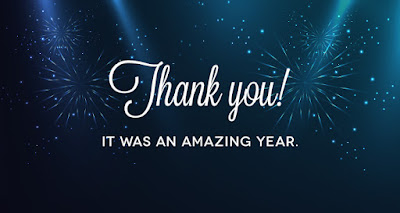 But first, here's another look at what happened to MY 2016!
I have met a lot of new people this year, went to a lot of places and discovered a lot of things about myself and other things.

But probably the most memorable of all would be two things:
Overall. it was indeed a great year! So, thank you 2016 and may God bless everyone in 2017!
Posted by Rain at January 03, 2017 No comments:

Email ThisBlogThis!Share to TwitterShare to FacebookShare to Pinterest
Labels: thank you 2016 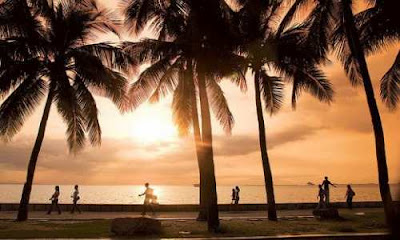