I am truly blessed with two magnificently talented and artistic kids!

People say that they got their artistic talents from me but no, they have more creative juices in their blood than I could ever have or had. I am a true lover of the arts and have learned to appreciate all forms and I believe that my kids, given the right training and exposure could grow up to be real artists someday.

But of course, that is entirely up to them.

But for now, I am considering myself a big fan of their artworks however simple they may be.

Here's my Neo's imitation of a self-portrait of Paul Gauguin - he's in Grade 10: 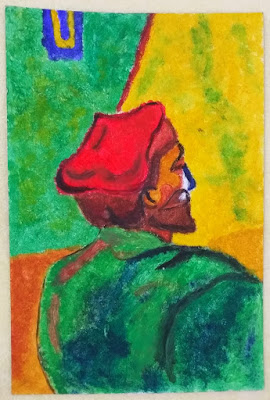 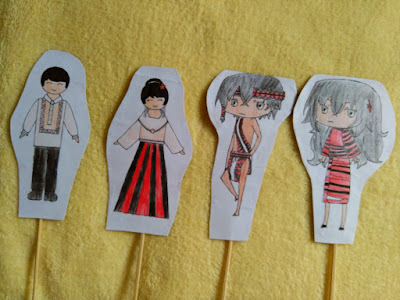 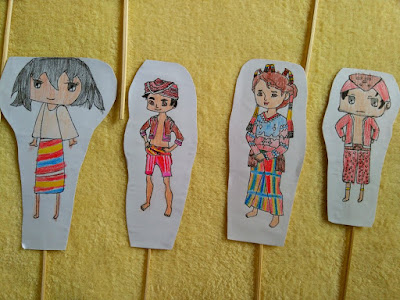 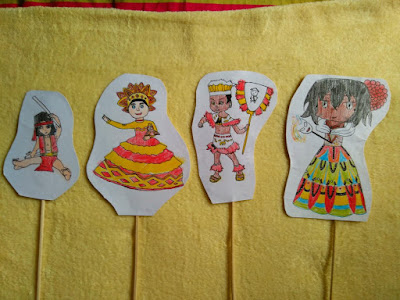 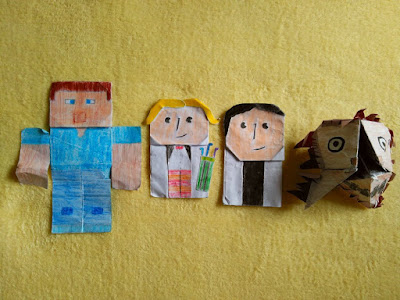 My kids have a collection of artworks at home, but the images above are their most recent projects.
Posted by Rain at August 09, 2015 No comments:

A Nation of Spits, Leaks, Smokes and Litters

We are a nation of spits, leaks, smokes and litters!

Have you walked the streets of Avenida and Carriedo lately?  Try going there before sunset and you'll probably agree with me when I say that it is the City of Manila's biggest public CR!

Historical facts and anthropological explanations may be significant to appreciate what I am about to say but I don't want to bore you with so many explanations so I would ask you to just look at the busy streets of Metro Manila and compare it to the other cities in the world.
Don't go looking far, survey Singapore and Malaysia and don't give me that 'bullcrap' rationalization about them being far more progressive than our country - because I would tell you that having a lot of money to spend will not do 'shit' to solve this problem.

When I was a sophomore in high school, I remember that my math teacher and adviser would always check our uniforms, haircut and fingernails.  Uncut and dirty fingernails gets a painful hit from a plastic ruler - and when the ruler breaks on your hands, you will be tasked to replace it the following day.  Go to class with an incomplete uniform and you go home immediately.  Go to class with a long and improper haircut, you go home with a new hairdo, one that spells C R E W C U T or worse a 'semi-kalbo.'

Parents nowadays would call that act as corporal punishments, abusive teaching behavior and all that ek-ek.  But from our point-of-view then, it was an excellent motivation for us to follow the rules, a painful reminder that teaches us how to behave properly in public.  I've had my share of that plastic ruler experience and because of that I never go out without checking my fingernails.  I guess that method worked on me and I have my 'sadistic' math teacher to thank for that.

We call that DISCIPLINE people!

But I wouldn't blame and judge them just yet.

Because I think the real blame here should fall on the people that are supposed to educate, teach and motivate them to behave differently.  The people who are currently holding the plastic ruler.  People like our parents, the law enforcement agencies, our elected baranggay officials, the MMDA, and perhaps our local and national government officials and lawmakers, and ultimately our President.
This country has a lot of laws and ordinances but what it lacks though is proper implementation and follow-through.  When asked WHY - you''ll always hear them say that the reason is BUDGET -related!

I think the real problem here is that these little laws presents almost zero opportunities for those that are supposed to enforce it to make some extra bucks.  The bigger the offense the bigger the chance for bribes. If they will not make money from it then why risk their lives doing it?

Admit it or not, this is the reality we face today and that is the reason why we are not moving forward.

I wouldn't expect so much on a government that can't even implement properly these simple ordinances or at least lay down a system that will DISCIPLINE its people to behave properly in public in accordance with the law.

If we cannot enforce the little laws properly, how can we expect that the bigger and more complicated ones to be implemented? 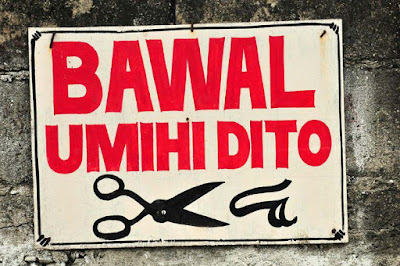 Friends, this is not an impossible task and it doesn't even require so much of the national budget. We actually have model communities that implements these rules successfully. It only requires the right people. People who will enforce these ordinances faithfully and get the full cooperation of communities. A simple system that will teach and motivate (discipline) people to FOLLOW. And most importantly, a sustained implementation - not just 'Ningas Kugon.'


Each of us must learn to sacrifice a little bit of our freedom.  We should understand that sometimes we need a little bit of tough love to learn and that plastic ruler to make us a better nation.

Believe me, when we see areas like Carriedo transformed - the solution to our nation's other major problems like traffic, public transportation, flooding... IT WILL PRESENT ITSELF TO US AND ALL WILL BE WELL.
Posted by Rain at August 03, 2015 No comments:

My daughter and I had a recent encounter with a miniature Godzilla!

Incidentally, we have discovered that Villa De Oro in Tagaytay has a lot of friendly lizards roaming freely around its lush gardens and they're very beautiful creatures.
I saw my new little friend on the stairs leading to the grotto inside the compound of the villa looking at me - perhaps intrigued by this giant person in front of him he quickly jumped and moved from the bottom of my pants up to the back of my shirt.

Here's a video of my little friend taken by my daughter Sky:

I am unsure of what kind of lizard my little friend is so I did my research.  Apparently, there are four types of lizards found here in the Philippines. The common geckos (49 species), monitor lizards (5 species), skinks (56 species) and the Agamids (14 species).

Based on the description and photos that I've found, my friend here appears to look a lot like an Agamidae. But I am still not sure.
Posted by Rain at August 03, 2015 No comments: